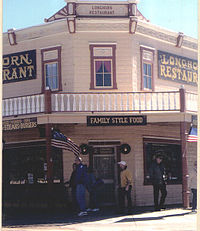 We decided to abandon the notion of hit points in part because FAR Western is set in the age of firearms, and we want to represent the use of guns in an immersive, realistically fun way. Random hit locations and results that only tell you X number of hit points inflicted aren’t remotely realistic, and I crave more detail in my games. Plus, guns aren’t random.

As a firearms enthusiast who has spent a lot of time at the shooting range, I can tell you…guns are precision instruments. They can be fired randomly and aimed poorly (or not at all), but they’re not much use unless they’re effectively aimed at a very specific target.

So FAR Western starts with the premise that everyone is going to be aiming carefully and targeting something very specific if it’s at all possible. If your skill is sufficient and fate (aka the die roll) doesn’t betray you, you’ll hit your enemy right where you intended to.

The hit location is only random to the extent that you don’t succeed. If your aim isn’t very good for some reason (you’re in a hurry, you’re wounded, visibility is poor, etc.), or your target moves just when you’re pulling the trigger, your bullet might not go where you wanted it to. Maybe it’s only a little bit off, maybe you miss entirely. The bigger the failure, the farther your bullet will deviate from its intended trajectory.

And every strike is a critical strike. The immediate, in-combat result could be relatively minor—torn flesh that hinders you through distraction and pain—or it could be devastating. Or you could die instantly if hit in just the right spot (or wrong spot, depending on your perspective).

The idea behind critical strikes in the FAR System is to give both the gamemaster and the player a quick, flavorful result that tells them how the wound matters in the next few seconds of combat. Fast, dramatic action is what we’re after.

For instance, consider what happened to Virgil Earp when he was ambushed a few weeks after the shootout at the OK Corral. Shotgun-wielding enemies fired at him from a second-story window while he was walking down the street, hitting him with three rounds of buckshot that caused two major wounds. (A round of buckshot traditionally contains 9 lead pellets of .33 inches diameter…nasty stuff.)

You could argue that if the outlaws had been better marksmen and used different guns, Virgil would have been dead on the spot. Shotguns are fearsome weapons, but because the pellets spread farther apart with distance, buckshot is kind of a crapshoot at anything over 25 yards or so. A rifle would have required more care and skill, but (in real life and in the FAR System) would have been more lethal if used properly.

But the bad guys used what they had, and that was a shotgun. (Probably more than one…Virgil was hit by three shots.)

If you’re playing out what happened to Virgil Earp in a FAR Western game, those critical strikes look like this:*

The GM can deliver the result exactly as written or expand on it to give you a gory, super-dramatic description. Either way, you have enough information and flavor to visualize your character’s plight in that moment in vivid detail.

So…what do these critical strikes mean to your Virgil Earp character in the context of the game?

Stuns are probably familiar territory if you’ve done tabletop RPG before; you can take basic defensive action, but can’t fight back while stun is in effect.  -1T in the FAR System is a significant hindrance that will reduce your effectiveness at everything until the wound is treated. You can fight through it, but you don’t want to take another one if you can help it. Once your wound penalties hit -5T, you’re reduced to crawling around pathetically or writhing in pain.

At a cumulative -3T, poor Virgil is really hurting. And he’s going to get progressively weaker from bleeding; level 3 blood loss means that he takes a -1T shock penalty every three rounds (a combat round is 3 seconds), so he doesn’t have much time before he sinks to the ground, unable to escape or defend himself. This is no time to stand in the street and try to shoot back.

So Virgil did what a sensible FAR Western player would do if he wanted his character to survive: he staggered into the nearest building, where he could take cover and get medical help.

After combat ends and your unfortunate FAR Western lawman has stumbled into the saloon, critically wounded, you’re dealing not with critical strikes, but with wound trauma.

At that point, the game shifts out of Combat Time and into Tactical Time. Instead of seconds, action is now measured in minutes while friends and bystanders apply first aid as best they can, send for the doctor, and so on. The trauma of the wound itself can now be explored in detail (or resolved quickly with a couple of die rolls, if you’d rather swashbuckle your way through the story; it’s up to you).

For poor old Virgil, post-combat trauma was pretty brutal. For a few days, everyone thought he was going to die. His younger brother Wyatt was appointed temporary marshal in his place. He was incapacitated for months by the abdominal wound, permanently lost the use of his arm, and had to retire from law enforcement.

But because it sucks when you can’t play your character anymore, FAR Western has a Fate Pool mechanic that—if you’ve played your character well—will help you mitigate some of those consequences. You can’t just make wounds magically disappear, but fate will take a hand, and you’ll be able to play through the dramatic consequences and keep your character in the story. Even if you wind up exactly like Virgil, you’ll be rewarded for playing through it with development points that help you reshape your character to fit his new role in the game.

But we’ll talk more about that later.

* 1. The third shot is glossed over in historical accounts—and by the FAR System—because the damage it did wasn’t significant in the outcome of the incident.
2. This game is under development. Wound results and flavor text are subject to change and, we hope, massive improvement.