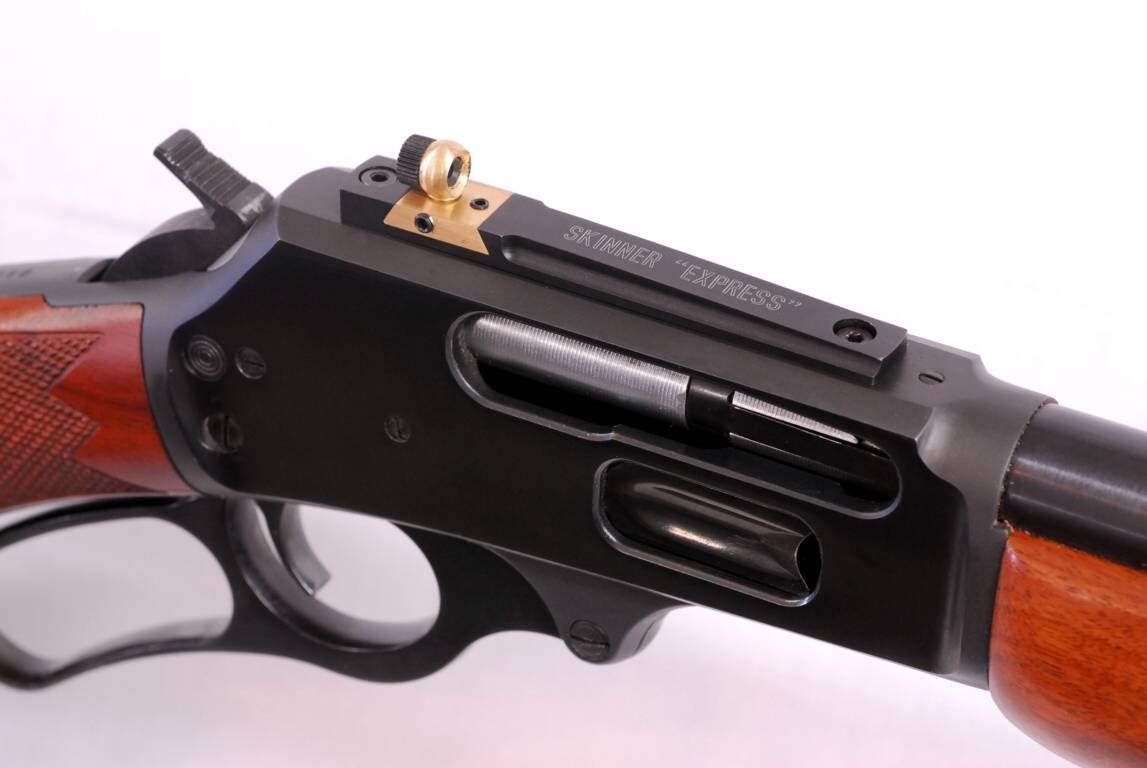 My particular Marlin is definitely not an Old West relic; it was manufactured in 2009. And it’s chambered in .30-30 Winchester, which, although old-school as far as rifle cartridges go — it was the first American rifle cartridge to be developed exclusively for smokeless gunpowder — is nonetheless too modern (in my estimation, at least) to be an Old West cartridge.

But I still get that badass Old West vibe when I shoot it. 🙂

There’s just something about the feel of a lever-action rifle. The way it nestles into your shoulder, the chock-c-click of the lever as you chamber a new round…

When I was 14, I spent a fair bit of time out in the sagebrush shooting what I thought was my dad’s .22 caliber lever-action rifle, and when I discovered a few years later that it had only been his on loan at the time, and that our household firearm was actually a lame bolt-action, I was highly disappointed.

The lever-action romance is real. So of course when I decided to buy my own all-purpose gun as an adult, I bypassed all the lame bolt-actions and semiautos and went straight for a levergun.

If you can’t get your hands on one yourself, the second-best thing you can do is to watch Silverado.

That movie plays up the sound and action of Old West leverguns better than any other before or since. (And it’s a damn fun movie, too.)

The pictures in this post aren’t mine (I got them from www.skinnersights.com), but my rifle looks almost exactly like this one. It’s even wearing the Skinner peep sight shown here. These particular sights are a modern creation, but they definitely have an Old West ethos. The guy who makes them is a true craftsman. And customized aftermarket peep sights were definitely a thing back in the classic days of yore. It wouldn’t be unrealistic to have your character carry a gun with sights that looked like this.