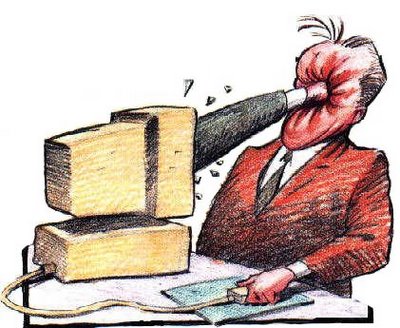 Okay, June wasn’t *that* bad. It wasn’t an easy month either, though. And I need to get back into the blogging groove because I intended for this site to be useful in the future, and it won’t be if nobody visits. Anyway, here’s the skinny on June AND July’s attempts at punching 2019 in the face.

Make a useful profit from the Hufflepuffery shop on Etsy.

When we last checked in at the end of May, it looked like June was going to be pretty bleak. My two best items got sacked by overzealous corporate copyright claims, and sales had dropped to near zero.

In the end, revenue went down by 30% in June. That’s a downturn for sure, but I don’t feel bad about it. I actually feel like I picked myself up off the mat and made myself a contender again. While sales were down, I designed and listed 4 new digital products. I refined my brand presentation. I improved the sales pitch for existing products. Sure, I fretted and stewed about all of this and lost a lot of sleep. But most of that sleep was lost because I was doing things.

July, however… This month has been just plain FUN. Around the Fourth of July holiday, I figured out how to get my most popular product back online, making it not only copyright compliant but flat-out better — and sales show it. I also designed another new product that looks like it should be a decent seller. It and all the stuff I listed in June are filling in the gaps; none sells much on its own, but all of them together add up.

July revenue is 204% more than June. That beats my best month by 77%. That makes me happy.

There’s still a lot more of 2019 to punch in the face, however. I’m way behind in carving wands; they don’t sell often, but each one is worth ten digital sales when it does (not solely in $, but in positive reviews and driving future sales). And I need to get more products listed, period. Right now I’m much too reliant on one popular item.

Get the FAR Western roleplaying system ready to be seen and used by people other than myself.

Crap. No progress here, either. But that range trip in May was so fun that I’m still jazzed about it.

On the other side, something I’m not at all happy about was that I had to skip the family reunion a couple weeks ago. Every penny we’ve got is tied up, the deadlines at work are all buggered up, and a trip to Utah just wasn’t in the cards. I really miss the fam — all 38 of them — and there’s almost always gun talk and range time to be had.

Last year I helped teach two 11-year-old nephews how to shoot, starting them on the lever-action .22 and moving them up to the AR-15. Everybody had a blast. I shot my brother-in-law’s Ruger SR9 better than I’ve ever shot my own pistol, with which I’ve had thousands of rounds of practice. I tried out my brother’s (relatively) new Ruger American Pistol in .45 acp and he tried my 9mm Springfield XDm and we all tried my nephew’s Glock 19. We set a pistol challenge target way too far away and all proceeded to miss it. It may be a sad commentary on my relatives, but I’m still the best shot with a rifle. We all argued about 9mm vs. .45 and M-Lok vs. Keymod and agreed not to disown each other for various heresies, even though it should have been clear to everyone, especially my own relatives, that 9mm and M-Lok are superior.

The kids spent half their time trying and failing to shoot a hole in a penny at 15 yards, but they had fun and got a lot of practice in the fundamentals. My son succeeded in hitting a penny at 25 yards on his first attempt — we know he did, because there was a penny-sized hole from the bullet knocking it straight back through the pop can we’d leaned it on — but we never did find the dang penny. You’ve never seen a 20-year-old so disconsolate over pocket change. I know exactly how he feels; happened to me once, too, but with a quarter. (You’d think we’d learn something about not losing the evidence.)

One sister-in-law who has always been very nervous about firearms came around after the kids had left and the range was quiet and tried out the Henry lever-action .22 rifle and…had fun. She laughed at my son’s despair over the missing penny and then refused to quit until she hit that one darn water bottle way out there that seemed to have a charmed life.

See, THAT is why I made a high-priority goal to go out shooting more often. It’s freedom, responsibility, family, and fun all wrapped up in one package. With bullets.

Write a short story every week.

CRAP! This is pretty much a throwaway at this point. It’s not like I don’t have any ideas, either…they pop into my head quite frequently, but I never get around to writing. (My own fiction writing, I mean; I write a *lot* for my job and the Etsy shop involves some writing, too.) But fiction is always the last thing on the docket, and it has to be the first if it’s going to be done at all.

Get my finances in order so that I can buy a house.

It’s not going to happen this year.

I’m not throwing in the towel, though. The process is just going to take longer, that’s all. We’re slowly getting in better shape financially. The Etsy shop is helping a little, and if I can keep it growing, it could soon be helping a lot. Money is still tight, but we’re managing increased expenses without falling behind, and that’s something. The kids are also taking more financial responsibility for themselves, and that’s something, too.

If we just keep going, we’ll get there.

One thought on “Punching 2019 in the face: Let’s forget June ever happened”