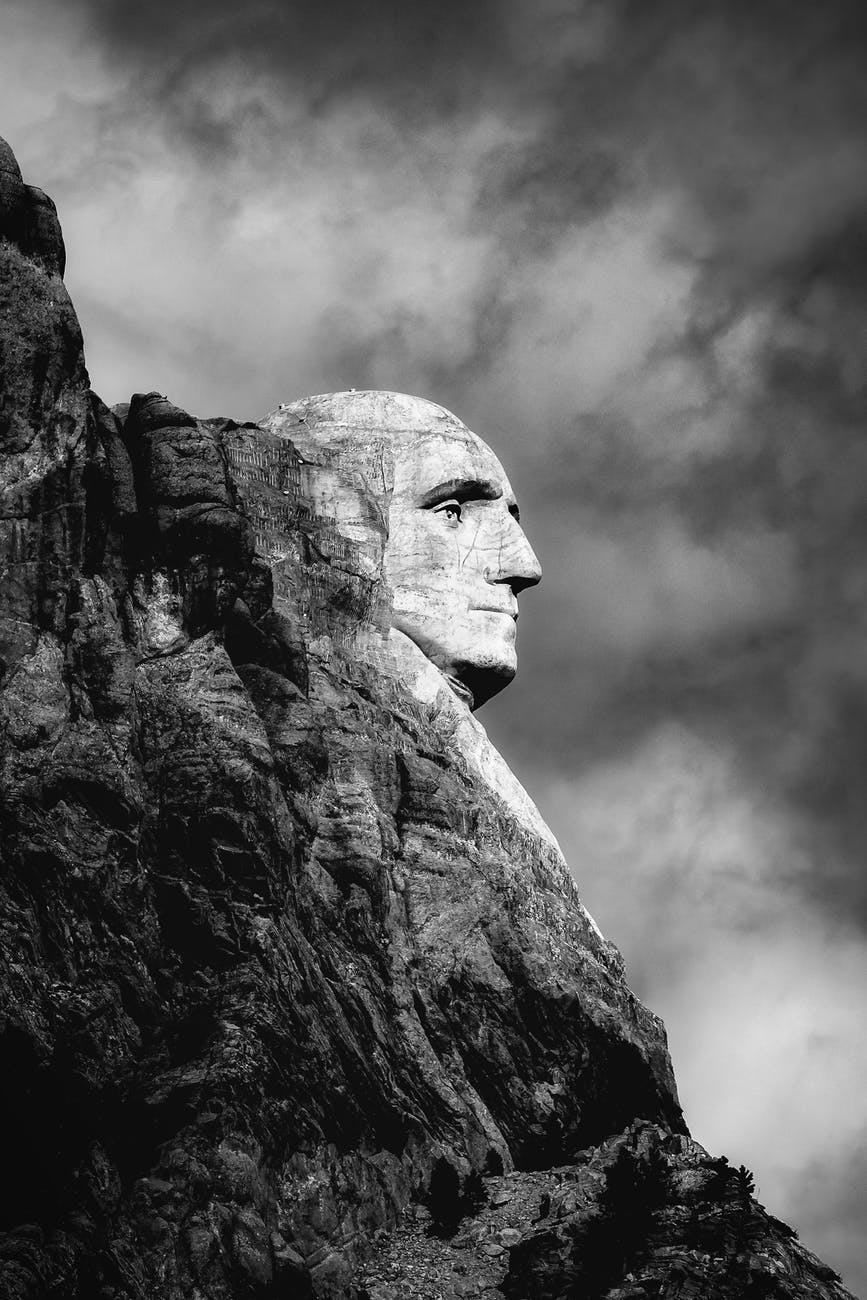 “The legitimacy of the ruling class – in whatever political form it may take – is based on the illusion that they can protect the people, whether from war, famine, economic hardship, or any other kind of disaster that disrupts the everyday routine of their lives and livelihood.

… By attributing the cause of these cosmically-induced events to humans, the elites maintain the illusion that they are, at least to some degree, in control; if they are causing it, then theoretically, at least, they could stop it.”

My first thought on reading that quote was global warming. (Don’t know where I first saw it; could’ve been in some discussion or other about being skeptical of man-made climate change, which would make the global warming connection obvious.)

But then there’s this, which was posted under an article at one of the gun blogs I read, and it got me thinking about how this “rulers controlling cosmic forces” thing plays out in other ways:

It’s a beautiful self-reinforcing feedback ‘loop’ they’ve crafted, and the driver is fear.

Take a crime problem, and do nothing about it. That generates fear of being preyed on. Liberal scum promise to do something about, and tell the population only they have the answer, that only they care about them. Continuing to do nothing substantial (like incarceration) and the criminal element grows bolder yet. Fear and anxiety mount. Promise to ‘solve’ the problem, and do nothing substantial about it.

Lather, rinse, repeat. Keep them depending on you, and only you.

All of America’s Democrat-run large cities share the same set of seemingly impossible-to-solve problems because the ruling class arrogates power to itself not only by attributing cosmic forces to human agency and then pretending it alone can control them, but also by turning mundane problems into seemingly cosmic forces that ordinary people can’t hope to solve.

By continually failing to solve it when everyone believes that they can and would (if they could…more on that later), the ruling class is able to recast eminently solvable problems — in this case, the concentration of rampant crime and generational urban poverty in certain locales despite this country’s unparalleled prosperity and access to economic opportunity — as cosmic-level problems that ordinary humans could never solve.

Put the two vectors of that illusion of cosmic control together, and you’ve got a self-perpetuating power machine. And it’s a paradigm that’s been working mostly the same way for millennia. Human nature doesn’t change. There’s a universal need to believe that *someone* can stave off the chaotic, uncontrollable forces that continually threaten us; and the desire for power is a constant factor in human nature, too.

But it’s not unbreakable.

If too many people see behind the curtain and realize that the elite/divinely-ordained are no more capable or intelligent than any other human (in fact, usually far less capable), it collapses. There have been many such collapses throughout human history, when it became clear to too many people in a given society that the elite either couldn’t or wouldn’t protect those who looked to them, nor could they wield any influence over the cosmic threats that hang over everyone’s head.

Plus, as the Lescaudron & Jadczyk quote suggests, and as the cult-like scientism around global warming and the seemingly intractable problems of America’s “liberal” (i.e., Democrat-run) cities show, these cosmic threats may be mostly or entirely fictional — invented by the ruling class just to maintain control.

We’re at a point now in our information-saturated society where people who pay attention can see ample evidence that those who fancy themselves as rulers are entirely feckless and corrupt, and in fact know much less about the world and how it works than the rest of us.

Thus they’re regarded with disgust by many of those they claim to rule:

The great explanatory narratives demand our trust, and trust, in my framework, is a specific relationship to the available information. I don’t think it takes a genius to figure out why distrust is so prevalent today. The story-tellers – public officials, the media, scientists: the elites – live in an entirely different information universe from the rest of us. They behave as if we were still in the 20th century, and information is still their monopoly, which they dispense as they see fit and which we will accept on authority. They pretend that they alone have escaped Plato’s cave: they know. So their stories strike a mathematical pose, and seek to explain, from on high, how they will apply their expertise to “solve” political, social, or health “problems.

In fact, the public, which swims comfortably in the digital sea, knows far more than elites trapped in obsolete structures. The public knows when the elites fail to deliver their promised “solutions,” when they tell falsehoods or misspeak, when they are caught in sexual escapades, and when they indulge in astonishing levels of smugness and hypocrisy. The public is disenchanted in the elites and their institutions, much in the way science disenchanted the world of fairies and goblins. The natural reaction is cynicism. The elites aren’t seen as fallible humans doing their best but as corrupt and arrogant jerks.

Not only that, the biggest things they claim to be protecting us from are complete fabrications, or at best built on disinformation and shady coincidences that might almost look like the thing they’re telling us it is, if you squint at it sideways in a certain dim light. In other words, lies. They’re making shit up just to maintain the illusion that humanity needs them to be in control, lest disaster overtake us.

They can’t protect us from these disasters. In fact, they’ve created most of the disasters that currently threaten our peace and prosperity.

This nation didn’t start off that way. The featured image above is of someone who set up something great for others and became one of a very few truly powerful people in history who didn’t fall prey to the lust for more power. He could’ve been a king. He could’ve turned himself into a permanent ruler and reenacted the “only your rulers can save you” routine that human nature seems to crave. But he didn’t. He wanted something else. Americans wanted something else.

There have always been the “illusion of legitimacy” types, of course; they existed in the Founders’ generation, and slowly, over decades and centuries, they have perverted the original purpose behind the nation’s founding into a machine that only serves to perpetuate the privilege of the elites within it.

So it seems there are two keys to breaking that corrupt oligarchy and dispelling its illusory legitimacy: paying attention (far too many people don’t) and actually wanting something else (which again, many people don’t).

But America is a historically strange place, having been created and built by a whole bunch of people who were weird enough to want something else. You could look at the 2016 election, which brought us President Donald Trump, as “weird enough to want something else” in action. It would never have been possible without a public that “swims comfortably in the digital sea.”

There’s been a crisis of trust in this society for a while now. It’s not only because we have more information and can see behind the wizard’s curtain, but also because the western elite — our self-anointed “rulers” — long ago stopped serving the public in any real way. They serve only themselves, at everyone else’s expense.

And the idiotic brand of Marxism that has infected the US and marched through all of our institutions has resulted in many organizations and systems that we NEED becoming completely incapable of doing the very things that justify their existence. The first year of the Biden presidency is ample illustration of the elites’ disconnection from reality and inability to deliver on the cosmic/messianic promises of the elites-in-control paradigm, let alone any kind of mundane competency.

So here we are in 2021, and the elites have struck back. They’re hell-bent on exercising a new level of social control, with fascist China as their model. They won’t give up their ill-gotten power without a fight. And there’s an ever-increasing number of Americans who won’t let them keep it without a fight.

But what happens next, though? I don’t know. Nobody really does.

The one thing I am sure of is that over the next few years and decades, we’re in for a heck of a ride. The closest I can come to a prediction is that, as Sarah Hoyt often says, there are only really two scenarios for America: either we (ordinary Americans, the deplorables, the current equivalent of her fictional Usaians) win in the end, and return to something that at least resembles the principles of our nation’s founding; or everyone loses, for a very long time. Because our so-called elites can’t win. Even if it looks like they’ve won, they haven’t, can’t, and won’t. What can’t go on, won’t go on, and the kakistocracy will crumble and they’ll eat dirt like everyone else.

But, as Hoyt says, one thing we can all do to maybe avert the everybody-loses scenario is to build. Build over, build under, build around — or at least support people who are doing that work — so that we have enough of a foundation left that we can stand up and pick up the pieces when the “progressive” kakistocracy inevitably collapses.