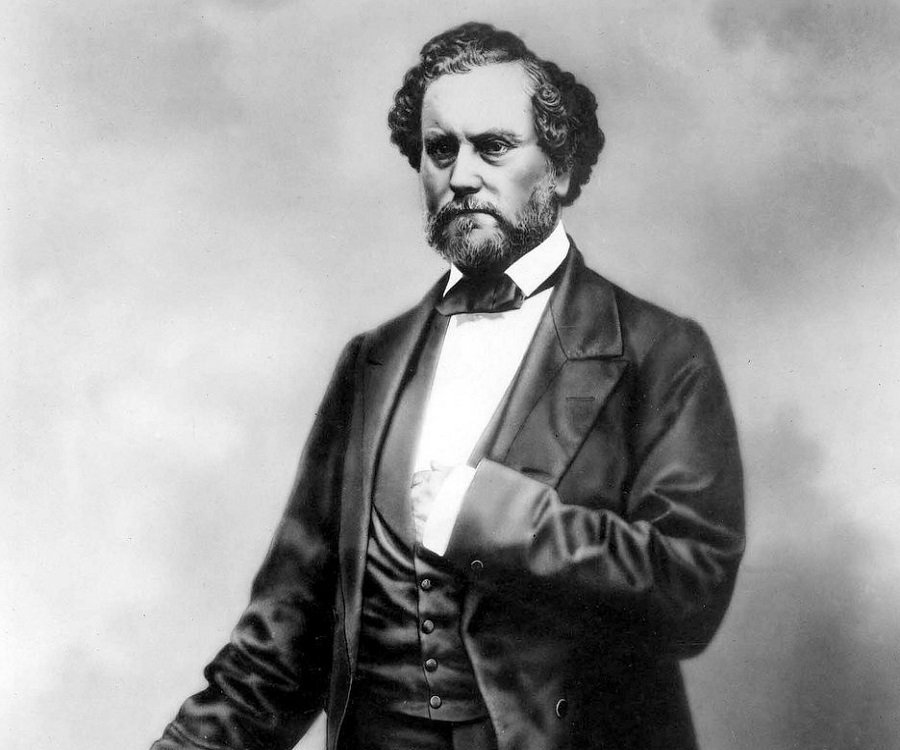 Yes, indeed he did. Samuel Colt raised the funds to start his firearms manufacturing business by touring the country as “The Celebrated Dr. Coult of London, New York and Calcutta,” a “practiced chemist” demonstrating the wondrous effects of nitrous oxide for the edification and wonderment of all.

In reality, of course, he was neither a doctor nor was he from London, New York, or Calcutta. He was an 18-year-old from Massachusetts. He had visited all three of those other places, however, and that was close enough. There were no standardized medical credentials in the 19th century, and if a guy had a little bit of scientific knowledge (or could convince people that he did), then he could set up as a doctor if he felt like it.

There were some potential pitfalls, however, as Historica Albanica recounts:

Colt’s pretensions of being a doctor nearly got him into serious trouble. He was once on a Mississippi river boat whose passengers were suddenly stricken with yellow fever. Not allowed to land, the people turned to ‘Dr. Coult’ for a remedy. Colt said he liberally prescribed the various purgatives kept in the boat’s medicine chest and offered the nitrous oxide gas to all the sufferers.

To his great astonishment, all on board recovered, which caused Colt to conclude (more astutely than many medical men of his time), that the passengers probably never had yellow fever in the first place.

It seems Samuel Colt was always a showman and promoter, and more than a little bit reckless. At age 16, he was sent on the voyage that gave him his quackery credentials because he had been kicked out of boarding school for setting fire to the school in a chemistry experiment gone awry, and his father didn’t know what else to do with him.

The year before that, he had advertised and planned his own public spectacle, in which it was advertised that “Sam’l colt will blow a raft skyhigh on Ware pond, July 4. 1829.” This was an impressive setup involving waterproofed wires, underwater explosives, and a battery-powered detonator onshore — basically, proof of concept for an underwater mine. He failed to blow up the raft, but he did satisfy the onlookers with a hefty explosion that doused everyone in mud and pond water.

Some years later, he would develop fully functional underwater mines, which he tried to sell to the US Navy to protect New York’s harbor from possible attack by the British. However, the navy balked at the expense for these newfangled doodads, president John Quincy Adams thought they were dastardly devices unworthy of civilized warfare, and the British threat never materialized, so the scheme fell through.

The exotic voyage Samuel Colt took at age 16 did more than provide him with fancy-sounding quack credentials. Watching the ship’s capstan and the mechanism of a steamship’s wheel, he came up with the concept of a cylinder that, with a pawl and ratchet mechanism, could be precisely rotated and locked in place — the genesis of the revolver.

From that moment onward, Colt was obsessed by the idea. And that’s why, at age 18, he became the Celebrated Dr. Coult, of London, New York and Calcutta, who made people laugh and caper dizzily through the wonders of chemistry.

Perhaps it goes without saying that his career as a medical quack was a financial success that allowed him to hang up the doctor’s coat and get started making firearms. After all, for over a hundred years Colt was synonymous with revolvers like Winchester was synonymous with rifles.

Samuel Colt did a lot more than manufacture guns. Along the way, he pioneered the concept of modern interchangeable manufacturing. Until American gun makers started doing it differently — and more efficiently — manufacturing had always relied on hand finishing to make parts fit. Every item was effectively a custom job.

Because of Samuel Colt, a high-quality, reliable repeating handgun became something that nearly everyone could afford to buy.

God made men and Sam Colt made them equal, as the saying goes. But first he had to make them laugh.

Thanks to High Caliber History for the article that tipped me off to this interesting bit of history.

2 thoughts on “God made men; Sam Colt made ’em laugh”